The Benefits of Martial Arts for You and Your Kids 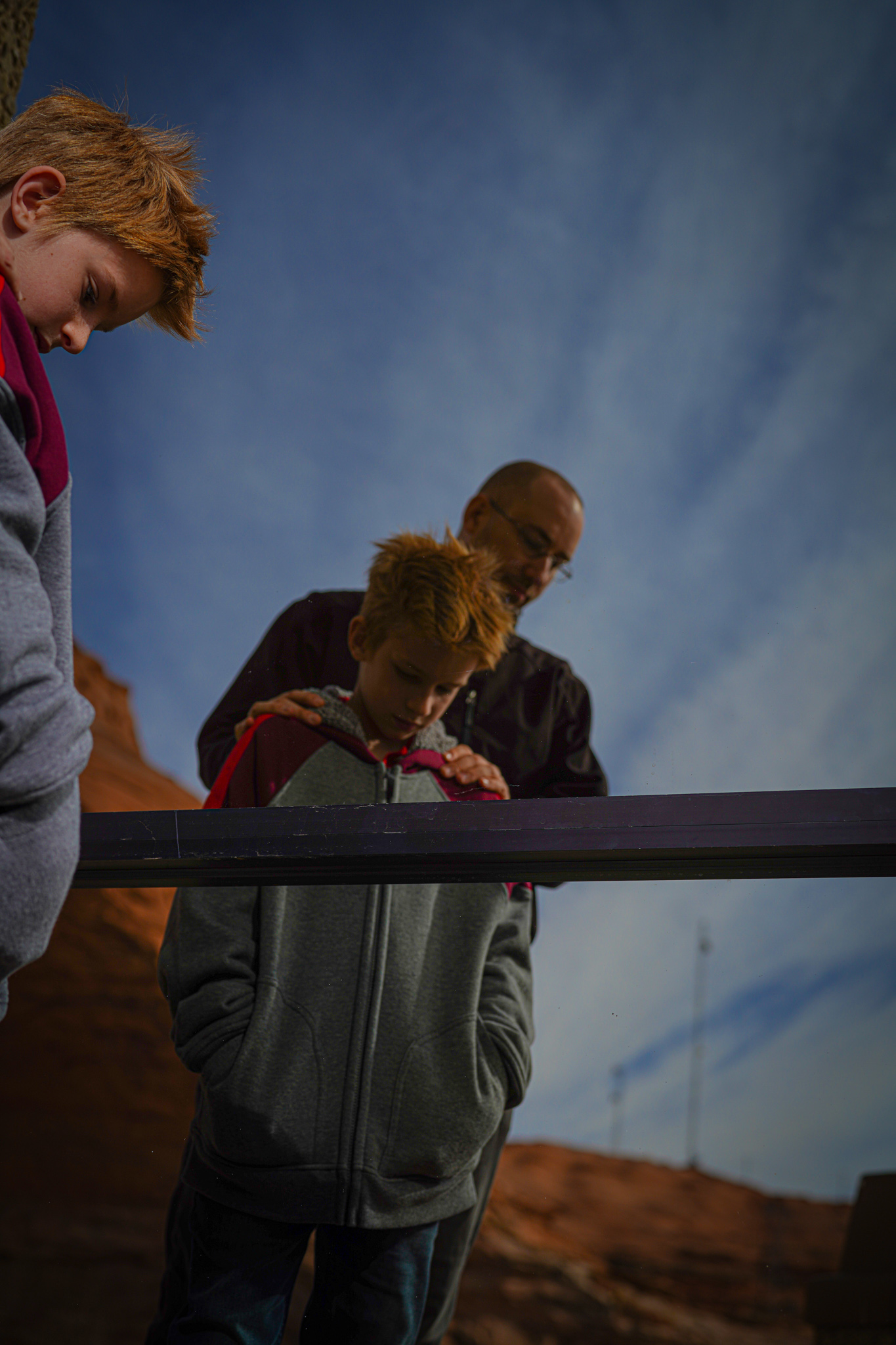 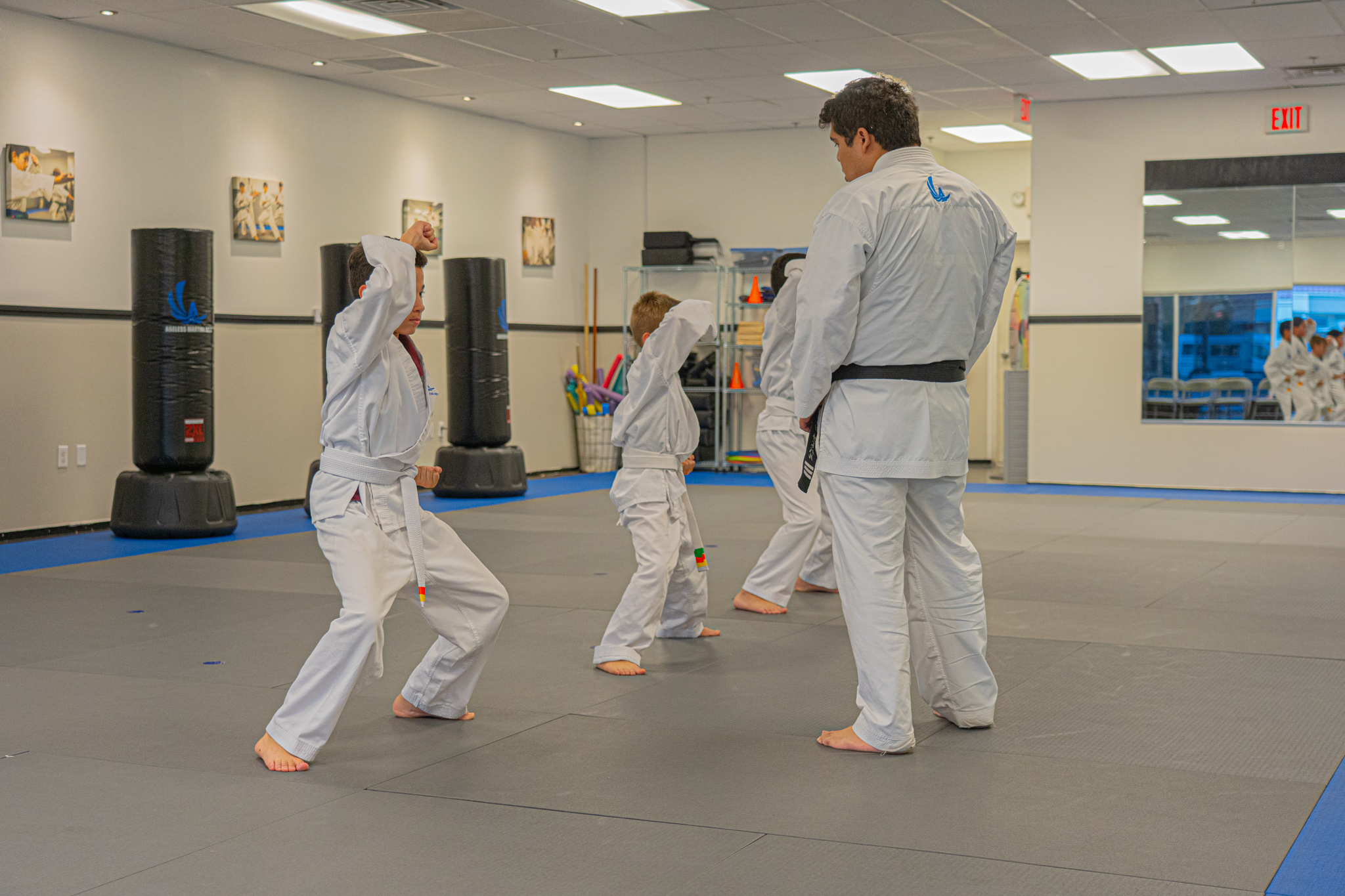 We’ve all seen the movie ‘The Karate Kid,’ right? It is a classic movie staple centering on
a young boy who learns karate to deal with some neighborhood bullies. I love this movie because
it is an accurate depiction of the positive effects of martial arts. If you have watched this movie
and ever said to yourself, “wow, I would love to learn karate!’, or even if you’ve just driven
passed your local Las Vegas karate dojo wondering what they are doing in there, here are four
reasons why you and your kids should enroll in martial arts classes.
1. Self-Defense Skills: This is probably the most obvious of reasons, but it is perhaps the
most significant benefit in practicing martial arts. Having self-defense skills is something that
will benefit you lifelong, especially if you start at a young age and develop muscle memory. This
is what can and will protect your children from bullies in school, predators, robberies, attackers,
or any other dangerous situation that may arise. I know it is difficult to think about experiencing

these types of problems, but in big cities like Las Vegas, anything can happen, and it is always
best to stay prepared. In the Karate Kid movies and the TV show ‘Cobra Kai,’ the main
protagonists’ basic pretense is them wanting to learn karate for self defense.
2. Team Growth AND Individual Growth: Martial arts is considered a team sport in the
sense that when you compete (no matter your discipline), you are representing your team (be it
the dojo, gym, association, etc. that you train with), but overall it is an individual sport. You will
learn to train diligently so that your training partners will benefit and succeed alongside you, but
you will also understand that you can only rely on yourself to win since there is nobody else to
pick up your slack. This is once again depicted in the Cobra Kai series by showing how working
together as a team will bring everyone success.
3. Respect & Discipline: One of the essential foundations in karate is respect, and with
respect comes discipline. In both modern style martial arts and especially traditional disciplines,
you are expected to respect yourself, fellow students, coaches & teachers, and your competition.
You will learn that your body is your temple that you should care for and be wary of others’. You

will also learn sportsmanship and how to compete modestly or suffer the consequences like a
disqualification. Lastly, you will understand the importance of your elders and their wisdom.
Martial artists take respect and discipline very seriously, and any form of disrespect is not
tolerated. Once again, depicted beautifully in the Karate Kid movies and Cobra Kai series. In the
original film, you see Daniel learn to respect Mr. Myagi after he understands why he is being
tasked with these “useless” and mundane chores. You see later in Cobra Kai that Daniel still

carries this respect and gratitude many years later. Another example is in Cobra Kai when Johnny
Lawerence tries to register his karate dojo for the All-Valley Karate Championships and learns
that the Cobra Kai dojo is banned from competing for life. This is because of their previous
unsportsmanlike behavior in previous competitions. Johnny has this ban appealed by showing
the respectful manner in which he has grown as a person and how he trains his students.
4. Self Confidence: One of the greatest benefits of learning martial arts is students’ selfconfidence from training. It is impossible not to come out more confident in yourself than you
were when you first started, because I mean, who wouldn’t after learning cool spinning karate
kicks and how to break boards?! You are also learning things such as balance, posture, and
breathing techniques that boost confidence due to your body operating more healthily. It is
scientifically proven that people who have better posture tend to have more confidence within
themselves versus those with poor posture because the open position of your chest is more
vulnerable than being tucked in. I love this example in Cobra Kai because you see this positive
effect on not just one student but an entire group of them. These children go from being a bunch
of “misfits” with no self-identity to children who have learned to accept who they are regardless
of what others think. Think of it like a caterpillar morphing into a beautiful butterfly. I myself

have personal experience with this, and it is a beautiful thing.
Now, passing by that karate dojo on your way to drop your kids off at school, think you
will make a stop inside? It is definitely worth the time and investment. Martial arts has so many
benefits for the entire family and can also be a great bonding activity for you and your kids. Even
if you don’t have kids, it is still worth reaping the benefits of learning martial arts. It is a great
way to get healthy and get in shape, you will become more confident in yourself, you will know
how to defend yourself, and it just makes you a better person overall. And if you don’t know
where to start, give Ageless Karate Las Vegas a call!