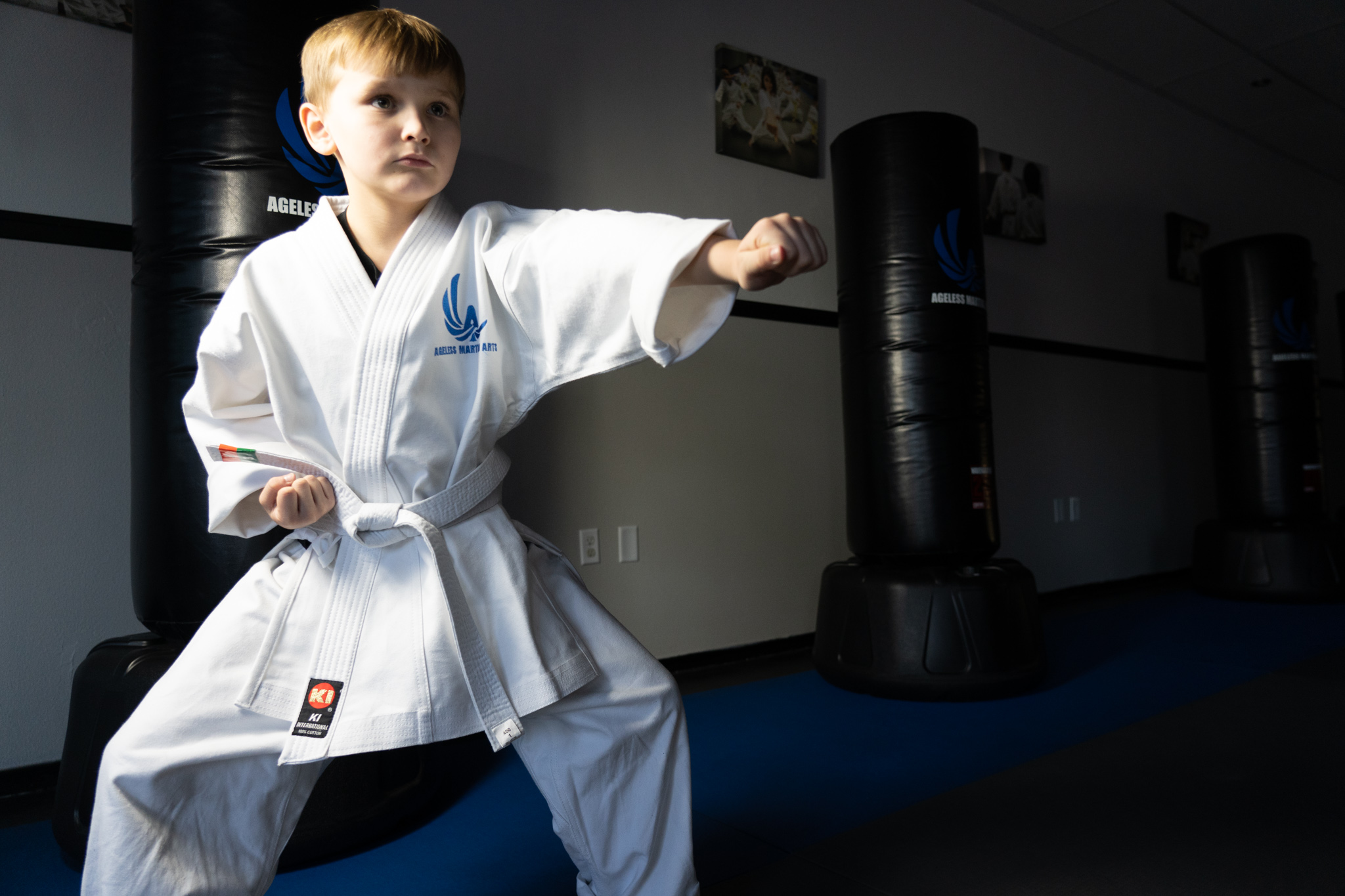 We teach a mix between west and east martial arts.

If you ask people about martial arts origins, it is only normal to hear them answering with Asia and the east. While most of the karate originated from the East, it must be noted that the West has also produced highly credible martial arts.

While in the their training, your kid is bound to learn the differences in both techniques. Nevertheless, we must have an understanding of both arts before we delve into their differences.

What Is Western Martial Arts?

One thing to note about the West is that the period you will use in learning martial arts is usually optimized but short. The karate practitioners can get a hold of the black belt within the space of three years.

Bear in mind that this optimization is entirely in line with the frequent Western consumerism mindset. The craving for quick results can lead to disappointment to the students who are used to the short term satisfaction.

However, it will further lead to the students quitting so early due to frustration or, most times, boredom. Note that western martial arts have little to no room for ritual. Also, they have less practical practices that may as well be present in the Eastern martial arts.

What Is Eastern Martial Arts?

When it comes down to the East, most of the martial arts schools in Las Vegas will let their students know that the East has greater respect for the amount of time it will take to learn the art.

This martial arts takes so much longer to attain the black belt rank, and it may take up to ten years, if not longer. It may take ten years if the student is practicing during the week and pushing him or herself towards attaining this goal.

Furthermore, Eastern martial arts emphasize the concept of perseverance and loyalty. If you never knew, commitment to the art and dojo is among the vital essentials in practice.

Some of the differences between the Eastern and Western martial arts that your kid will learn in these martial arts schools in Las Vegas include:

When it gets to orientation, the West is more hyper-focused on their goal settings. However, in the East, it is the journey that matters. The East is concerned with reaching a goal and not just achieving the goal

It simply means that getting a black belt is not nearly as vital as being one. And, winning a championship is not as crucial as being the champion. For this reason, you will notice that Eastern martial arts makes use of the “do” suffix linked to them.

In the kids karate training, they will be taught that “do” mean a way or path. It is a spiritual pathway and not a literal one. It signifies a continuous journey of self-discovery and progression over any form of perfection.

Understand that, Western martial arts is simply for being famous, winning the competition, and making money. As for the Eastern martial arts, students get to a specific level and become more aware of their spiritual power.

Here, the West is known for asking questions. Those who fall under this category to practice martial arts in the West typically want the answers before knowing the questions.

As for the East, we will see an opposite reaction. Normally the western martial arts student will want to know the what, why, and how before attempting any exercise.

If they have no answers to the three questions, they will have no reason for doing it as they do not know the goal. As for the Eastern martial arts student, he is more than encouraged to discover the answers by merely practicing.

The kids will learn in any of the martial arts schools in Las Vegas that the role of the sensei is not to answer their questions but to help them in their journey of self-discovery.

The Eastern martial arts students learn by doing the kinaesthetic sensation of practicing will lead to the answers being manifested in the physical flesh. Note that the sensei can make your kid practice a particular technique for hours before he or she will get it.

This makes the technical level very high when it comes to the best kids martial arts training in the East.

When it comes to bodybuilding, the Westerners are more concerned with their appearance and not their performance. If the students were in car racing, they would be concerned about the shell. However, the Easterners will be concerned with how functional it is.

As Westerners engage in training, they focus on a sport and make use of that sport for the body. This makes some parts of their body looking overbuilt, and others underbuilt.

They develop their bodies in one direction just because they want to win in that particular sport. As for the Easterners, they train their bodies to be robust and healthy, and not just to win something.

Their bodies are used for protecting their families, and all that concerns them. The Easterners reach a spiritual level and easily connect to nature, water, and even the wind. They can make use of breathing to develop an exciting feeling and decrease tension. 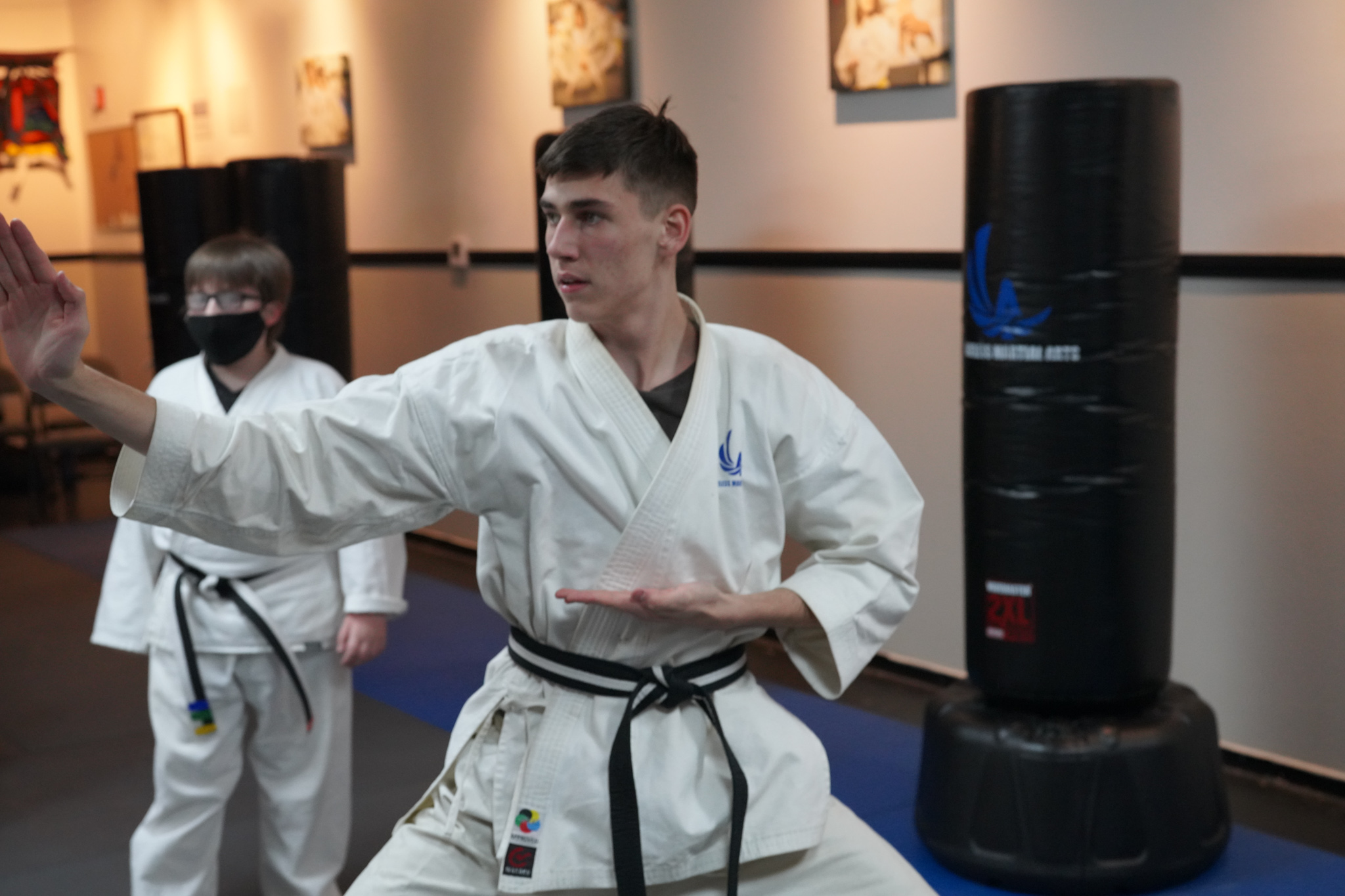 Kids will always find a way to Black Belt. They must earn their way up just like the eastern philosophy.

From all that we have outlined so far, it is evident that in kids karate training, they will learn that Eastern martial arts focus on making the students aware of their body.

It also helps them to be observant of their spirits and aware of how they are linked to their environments’ energy.

However, the choice lies in the student to follow the ways of the Easterners or the Westerners.