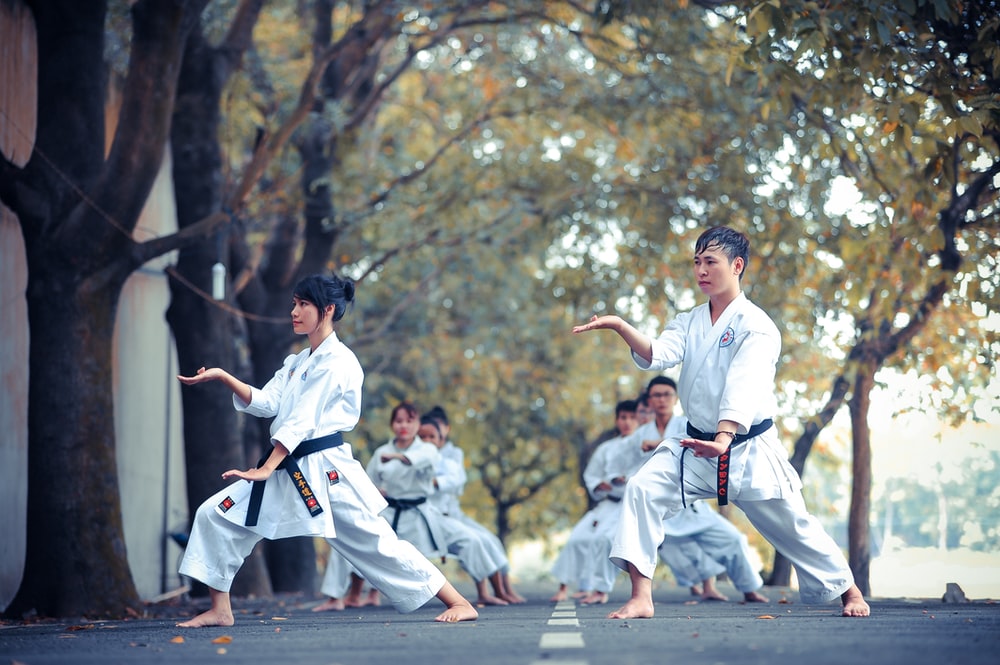 Some individuals might find this concept insane: you’re going to pay money to attend a class every few days and be beaten up. Others would find it reasonable. However, to the uninitiated, this is exactly how it seems.

The most difficult aspect of learning martial arts for novices may be deciding which style to begin with. If you want to enjoy yourself and continue with it, you must choose the proper one for your goals. To assist you with making your selection, we’ve put together this guide to some of the most popular styles of martial arts. Choose one from the following that best suits your needs and be ready to discover a whole new approach to remain healthy, improve mental toughness, and many other benefits.

Karate is a diversified martial arts discipline that may be acquired in three ways: self-defense, art, or both. Children and seniors like karate because it is a very safe martial art. All ages enjoy karate. To be effective, the discipline still demands good technique. Theory and practice are vital. At Age Less Martial Arts Las Vegas we believe karate to be extremely versatile, simple to learn, and effective self-defense.

Karate techniques include striking (straight and elbow strikes), kicking (round and front snap kicks), and sparring. A willing partner is required to spar and improve stamina. Sparring teaches trainees to transition between karate moves. Karate demands precision, speed, and power. Several key stances for karate practice are easily trained. These are the ready, front, walking, and back stances. Stances are just foot placement and readiness to engage.

Choi Hong Hi and a few other Korean martial artists established Taekwondo. It was created during and after WWII to strengthen the Korean martial arts scene. On Choi Hong Hi’s Theory of Power. This collection of observations and hypotheses based on logic and Newtonian physics that he utilized to define the most successful martial art.

For example, he noticed that the strength of a hit grows quadratically with speed but only linearly with the moving object’s mass, indicating that muscle mass isn’t as important as speed. As a result, a martial art centered on kicks evolved, as our legs can deliver faster and heavier hits than our arms. This makes TKD unusual and unique, but it is less effective than the other disciplines on this list. In terms of self-defense, a martial art that uses the most powerful attacks known is impractical. A sharp jab beats a hard roundhouse kick in a street fight.

In the martial style known as Muay Thai, the entire body is a weapon against the opponent. Even novice pupils who learn Muay Thai will get essential self-defense abilities due to their training. This martial art must have a willing partner because sparring takes up most of the time. On the other hand, some elements may be learned on one’s own.

Boxing gloves, a punching bag, and shin guards made expressly for the practice of Muay Thai are among the items of equipment that the learner will need. Knee strikes, punches, and kicks are essential techniques in Muay Thai fighting. As learners practice, they will find it simpler to put these maneuvers into action.

Krav Maga is a martial art that incorporates elements of Muay Thai, boxing, judo, grappling, and combat training. In Krav Maga, the primary motivation is to inflict enough harm on the opponent to conclude the battle in a relatively short period.

Individuals who practice at home require equipment such as boxing gloves, a heavy bag, a place to hang it, and Muay Thai shin protectors, amongst other necessities (useful when delivering fierce kicks to the bag). Krav Maga training helps students learn vital self-defense abilities that they may use in their everyday lives.

Classes in Krav Maga focus on learning how to fight in the right position and with the right tools. They also teach students how to punch (including the jab, rear cross, and upper-cut), how to escape headlocks, how to fall with only minor injury if knocked down, and the best ways to defend against chokes bear hugs, and overpowering headlocks.

Beginners in martial arts might consider learning the fundamentals of boxing. It is possible to participate in the sport without the assistance of a partner. As students continue through the program, they learn to become more nimble and grow to know their strength potential. Even though boxing requires gloves, it is possible to practice without any equipment.

Basic boxing, like karate, is characterized by the use of stances. In boxing, the fighting stance is the most important position to take. All strength is derived by adopting the appropriate combat stance. When delivering basic punches, having a proper posture is also vital for keeping balance and control. As practitioners continue their education, their knowledge, skill, and experience serve as teachers.

Wing Chun is a Chinese close-range martial art with a strong emphasis on balance and a long history. A healthy body requires relaxing practices. If you haven’t seen Ip Man, you should. Wing Chun is often used in action situations in popular films. It makes for a dramatic on-screen battle. Wing Chun is very visual. The technique teaches a body center line that governs all actions to balance the body. The assaults are generally quick blows against the opponent. The posture is also pretty different from other martial arts, so expect some unusual soreness.

MMMA hasn’t been very long in America, but it’s changed a lot since the UFC’s early days. What began as bloodsport-style combat between fighters has matured into a sophisticated sport with a significant fan base. Aside from the UFC, MMA was featured in the Tom Hardy film Warrior.

Most MMA regimens include both standup and grappling elements. They mainly use Muay Thai methods for striking and grappling and Brazilian jiu-jitsu groundwork. You may anticipate a lot of contacts and be fatigued.

As the great Karate school in Las Vegas, we are dedicated to providing you with the best possible service. Take classes in self-defense to help you gain confidence and get into the greatest condition of your lives. Anyone and everyone may benefit from martial arts training, which includes physical, mental, and social benefits. Become a part of something wonderful while learning new abilities from martial arts pros who have undergone extensive training. It’s simple to get started—just sign up for some martial arts sessions now!